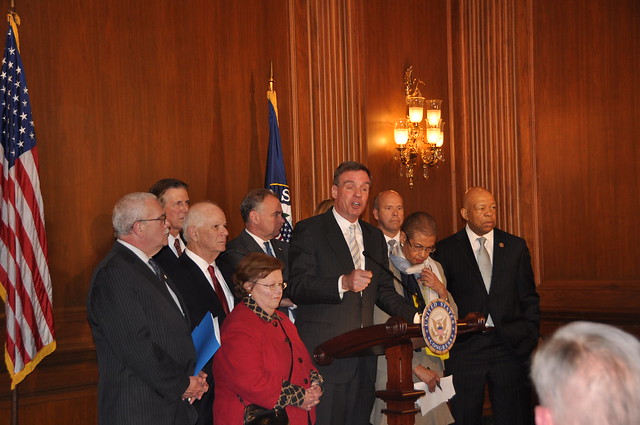 ICYMI, Senator Mark Warner sent out this email to constituents on Friday to assure people on the steps his office is taking in the aftermath of the Metrorail tragedy at L’Enfant Metrorail Station in January.

If you have a moment, I wanted to briefly update you on Metro safety in the wake of the fatal incident at L’Enfant Plaza more than three weeks ago.

As you have probably heard, the National Transportation Safety Board’s initial investigation has indicated that problems with emergency radio systems on Jan. 12 prevented DC fire and rescue personnel from communicating with each other and Metro officials at the scene, which impeded efforts to respond and evacuate riders. On Jan. 22, I asked Metro and the Metropolitan Washington Council of Governments (COG) to come up with a concrete plan to make sure it never happens again.

In response to my request, Metro and COG have pledged to implement a system to make sure that transit officials and first responders from all six local jurisdictions regularly test their emergency radio systems so they will be able to communicate with each other in the event of an accident. You can read their letter, which details their plan for implementing this new process, here.

This is an encouraging step, but in the meantime local jurisdictions have continued to report problems with Metro’s radio system. What I want to see from Metro – and what I will continue to push hard for – is a real sense of urgency when it comes to correcting these safety issues. And if problems are detected, we should expect that they will be fixed in a matter of hours – not days or weeks.

In addition, the U.S. Department of Transportation’s Federal Transit Administration announced this week that it will conduct a comprehensive review of Metro’s overall safety management in order to identify needed improvements. And next week, Congress will hold an oversight hearing to investigate Metro’s efforts to protect passengers and employees.

Given the unacceptable breakdowns in safety that were highlighted by the fatal Jan. 12 incident at L’Enfant Plaza, comprehensive scrutiny is not only appropriate but completely essential. Please know that I will continue to push hard to make sure that Metro is doing everything possible to ensure your safety and the safety of those you know who rely on the Metro system.