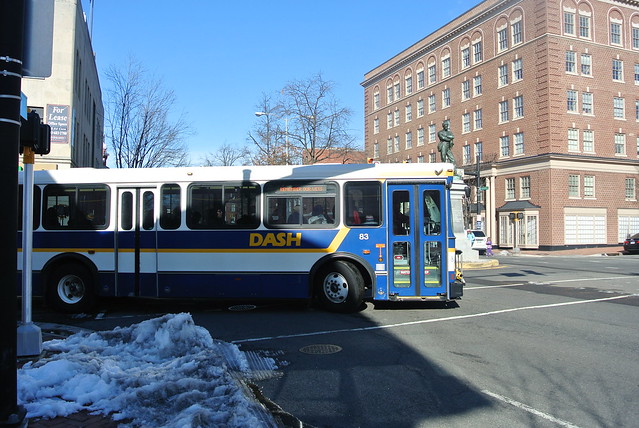 REMINDER: FREE DASH Shuttles will run to and from Eisenhower Metrorail Station from 11 a.m. – 4 p.m. to and from the George Washington Birthday Parade dropping off in Old Town at Prince and Washington Streets.

If you would like to stay past 4 p.m., just board any DASH bus on King Street. Regular DASH buses provide service to the King Street and Braddock Metrorail Stations until 11:30 p.m. DASH fare is $1.60.

DASH shuttles do not stop at the King Street Metrorail Station

[…] is running a Saturday schedule today as is the DASH Bus system. The King Street Trolley will operate on a normal schedule, from 10 a.m. to 10:15 […]