Old Town Alexandria is a TOP Choice for Washingtonians – Survey

by Lee Hernly, Editor
in Local News
0
Share on FacebookShare on TwitterReddit 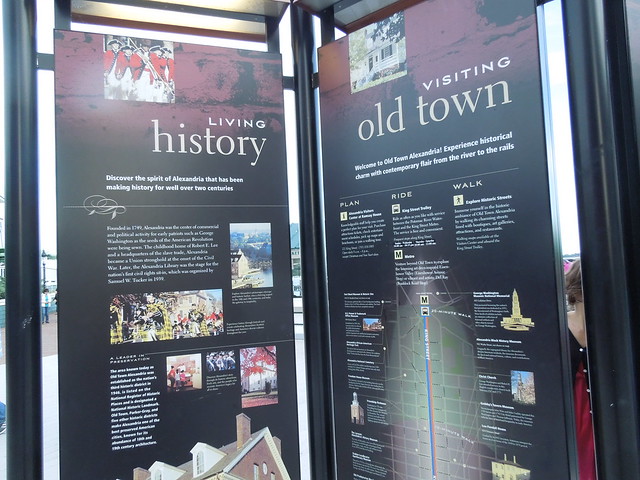 While Washingtonians are happy with the state of the local economy and quality of life, they feel financially strapped due to the high cost of living in and around the nation’s capital, according to a new survey (PDF) by Charles Schwab, which has nine branches in the Washington metropolitan area.

In a survey of 1,000 residents in the Washington metropolitan area, which includes all of the federal district and parts of Maryland and Virginia, more than half (60 percent) believe the D.C. area economy is in better shape than the overall U.S. economy. And confidence about the economy appears to be highest closest to home: 81 percent of residents feel the economy in their own neighborhood is steady or improving, compared to 77 percent feeling that way about the broader D.C. economy and 53 percent about the overall U.S. economy.

“The cost of living in the Washington D.C. area can be challenging for people who are trying to save and invest for their financial future, so we often remind people to focus on the things they can control,” says Antwone Harris, CFP®, a Charles Schwab financial consultant at the firm’s Washington, D.C. branch on K Street N.W. “Specifically, we talk about carefully balancing income and expenses, setting aside money on an ongoing basis to save and invest, and perhaps most importantly, having a financial plan in place that is tailored to specific goals and circumstances.”

A District of Opportunity

Although the cost of living is a notable burden on Washingtonians, nearly eight in ten (77 percent) say they’re happy with their overall quality of life in the D.C. metro area. Specifically, survey respondents cite the following favorable aspects of living in and around the nation’s capital:

When asked to grade the D.C. metro area on a range of characteristics, residents gave the area high marks (an “A” or a “B”) for the following:

Forty percent of Washingtonians surveyed say that local cost of living has the greatest impact on their personal finance decisions, but despite those high costs, 74 percent are confident that they will reach their financial goals, which mostly center on investing and saving for retirement.

Schwab’s Harris notes that planning can have a significant impact on an individual’s financial confidence. According to the survey, of those who have a written plan, a substantial 92 percent say they are confident in their ability to reach their financial goals, compared to just 51 percent who don’t have a financial plan at all.

Government’s Impact on the Economy

Though many Washingtonians are public sector employees (40 percent), they are largely unsatisfied with the role of government on the local and national levels. Seventy percent say politicians are failing to make the local economy stronger, and three out of four (75 percent) feel that political gridlock is hurting the national economy.

Support the Arts in Alexandria During #Spring2ACTion 2015

Welcome to Port City Wire and thanks for dropping by! Please feel free to join the discussion by leaving comments, and stay updated by subscribing to the RSS feed.

Are you sure want to cancel subscription?