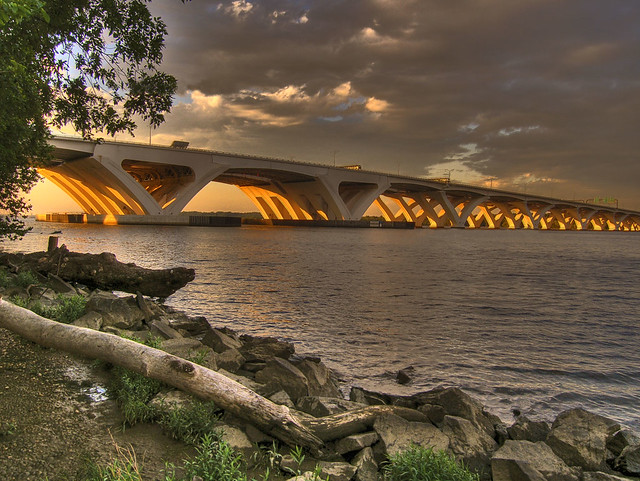 Rain today but, just wait for the weekend Umbrella toting is encouraged today and even tomorrow although some may end up with little rain. (Capital Weather Gang)

Half a fire station in Alexandria’s West End is not enough A common feature of our culture is to play amateur psychologist and analyze whether people view the world with a “glass half full” or “glass half empty” outlook. If your glass is half full, you’ve got some of what you want, and that’s better than nothing. We tend to label such people as optimists. If your glass is half empty, you are focused more on what you lack than on what you have. Such people are rarely content. (Alexandria Times)

Alexandria Closes in on Potomac Yard Metro Station location After reaching an agreement with the National Park Service, the City of Alexandria has a much clearer idea of where the Potomac Yard Metro station might go. (GG Wash)  FYI… we told you six months ago where it was going.

Renderings released for Robinson Terminal North These units would be going in at the 500 block of North Union Street. (Old Town Post)

Update on Fatal Hit and Run in Rosemont/Del...

Check out this Home for Sale in Alexandria,...