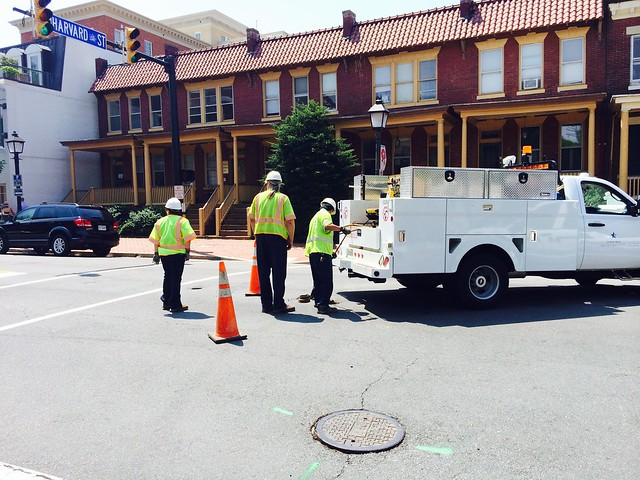 Residents of the City of Alexandria will witness significant construction activity this spring as Virginia American Water prepares to replace more of the City’s aging water infrastructure. The company announced that main replacements will take place along Highland Place, Masonic View, Moncure Drive and Putnam Place. New watermain installations, which began in 2013 and 2014, will also continue along North Henry, Prince Street, Wheeler Ave and Taney Avenue.

The spring projects account for about half the company’s planned $4 million in system improvements to replace nearly four miles of aging water main in Alexandria in 2015. Virginia American Water will invest more than $15 million in 2015 in all of its Virginia service areas combined.

“Replacing these water mains, which range in age from 60 to 100 years old, represents Virginia American Water’s commitment to Alexandria’s continued economic prosperity and quality of life for its residents,” said Virginia American Water President William R. Walsh. “It’s an important responsibility, and we’re proud of our record of proactive investment to improve water service reliability and fire protection for the community. We also greatly appreciate everyone’s cooperation and patience while the system upgrades are completed,” he added.

The company expects these pipe installations to take between a few weeks in some cases, to six months, depending on weather. For most of the projects, work will take place between 9 a.m. and 3 p.m. to avoid further disruption to the morning and evening commutes, although longer hours may be used on secondary streets. No weekend work is planned, and trash, mail, school buses and emergency vehicles will continue to have unfettered access through all streets, as at least one traffic lane will remain open on each street and at each intersection.

Each worksite will be maintained and cleaned each day, and contractors will make every effort to keep noise to a minimum, though some noise can be expected. Water service will be temporarily interrupted when new valves are installed and when crews cut and cap off the old main. Residents and businesses will be notified at least a day in advance when this happens. A slight discoloration and/or a temporary drop in pressure immediately following work is normal for customers nearby. They should just run the tap until the water runs clear or contact customer service with questions or concerns at 1- 800-452-6563.

About This Weekend in Alexandria, Virginia

Check Out This Townhouse for Rent in...