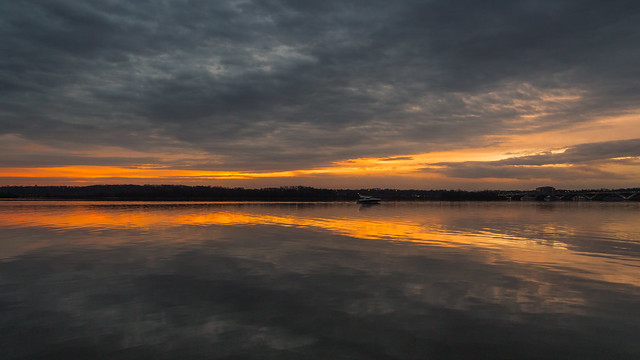 Rain today but, a nice weekend on tap Today’s cool, rainy overcast is a bit of a shock to the system in the midst of what may become D.C.’s warmest May on record. (Capital Weather Gang)

Alexandria Mayoral race attracting LOTS of campaign cash The three Democrats running for mayor of Alexandria are engaged in a hotly contested primary, one that’s created a pitched battle for campaign cash. Incumbent Alexandria Mayor Bill Euille raised the most money by far during the first quarter, almost $100,000. (WAMU)

Exploring Old Town’s Military History In 1859, Augustine Washington deposited $200,000 in an Alexandria bank for safe keeping. The funds were planned to go towards restoration of Mount Vernon, but when the Union Army began seizing bank funds, the manager’s wife hid the funds among the clothes in her closet. When Union troops searched the bank manager’s home, they politely declined to search through her closet. The funds were later smuggled across the Potomac river to southern Maryland for safe keeping until after the war, when they were used to help pay for the historic preservation of Mount Vernon. (Alexandria Gazette)

Alexandria Citizens Irate over Special Tax District In the May 15 public hearing prior to the City Council’s major Potomac Yard Metro decision, residents of the local special tax district spoke out against what they saw as being unfairly targeted. The Potomac Yard Tier II Special Tax District, adopted in 2011, has a 10 cent real estate tax rate that would be applied after the Potomac Yard Metro station opens in 2019 and would continue for 27 years until the bonds are fully repaid. The tax district is estimated to generate $20.3 million towards the $392.1 million total debt service and operating costs of the metro station. (Alexandria Gazette)

Heading to Ocean City for Memorial Day? Keep Your Headlights On The Maryland Department of Transportation’s State Highway Administration is requiring 24-hour headlight use for all vehicles. And not just for the summer months. The new rule goes into effect Thursday, in time for the holiday weekend, but it is permanent. It will be enforced on US 50 between US 13 in Wicomico County and MD 90 in Worcester County. Between 28,000 and 36,000 vehicles use that section of highway every day during the summer. (Baltimore Sun)

Zipcar loses parking spots at D.C.-area Metro Stations D.C.-area residents who blend alternative means of transportation to get around without owning a car will have slightly different options starting in June: The car-sharing vehicles parked in Metro station parking lots will be owned by Enterprise CarShare, not Zipcar. (Dr. Gridlock)

Sigh. The existing SFHs were going to be in the tax district, but were excluded like 15 years ago, because those houses were already existing. Everyone who bought in the current district had every reason to know what was happening and the home prices should have reflected the tax (as well as the proximity)