Find Us on Social Media! 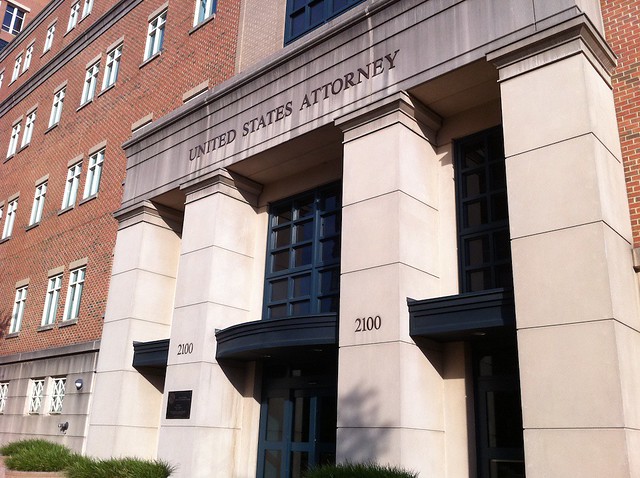 Thomas Anthony George, 65, of Washington, D.C., pleaded guilty today to two counts of using a firearm during the commission of armed bank robberies.

According to the statement of facts filed with the plea agreement, in approximately January 2015, George entered a conspiracy to commit armed bank robberies within the Eastern District of Virginia, and elsewhere.  Over the course of the ensuing two months, George and his co-conspirators, who were known as the Black Hat Bandits, robbed nine banks, including six banks in the Eastern District of Virginia, two banks in the District of Maryland, and one bank in the District of Columbia.  In each of these robberies, George brandished a firearm at bank customers or employees of the bank.  In total, George and his co-conspirators stole approximately $182,104 during the nine bank robberies.

George was indicted by a federal grand jury on March 19, 2015. George faces a mandatory minimum penalty of 32 years in prison and a maximum penalty of life in prison when sentenced on Dec. 17, 2015. The maximum statutory sentence is prescribed by Congress and is provided here for informational purposes, as the sentencing of the defendant will be determined by the court based on the advisory Sentencing Guidelines and other statutory factors.

Configuration error or no pictures...