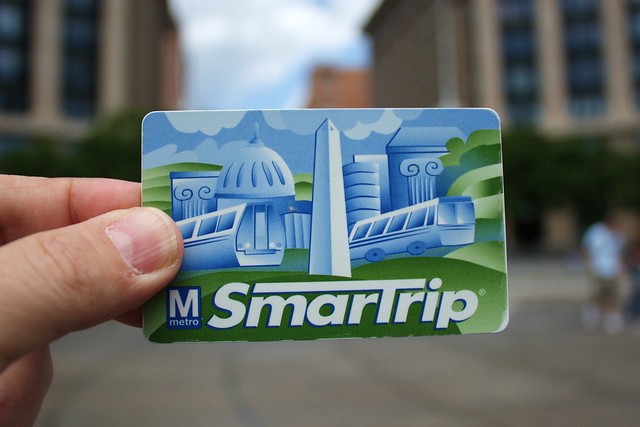 The process to retrofit  fare vending machines and discontinue all sales of paper farecards began in October and was completed a month ahead of schedule. Metro upgraded more than 450 ‘blue’ fare vending machines in every Metrorail station to dispense SmarTrip cards only. The final two stations – Anacostia and Naylor Road – were completed overnight.

SmarTrip technology uses no moving parts, a sharp contrast from the highly mechanical system of belts, pulleys, readers and ink stamps that are involved with processing paper farecards. Similar to the issues found in copy machines, paper farecards are prone to getting jammed, which can take a faregate out of service.

Reusable SmarTrip technology, also eliminates the waste produced by the millions of paper farecards sold each year. Over the past three years, Metro has sold more than 38 million paper farecards. Stretched end-to-end, that’s enough to go from Washington, DC to Las Vegas.

Faregates will continue to accept paper farecards to enter and exit the rail system until March 6, 2016.  After that, riders holding paper farecards will still be able to transfer the value from paper to SmarTrip at rail stations with brown fare machines or Metro sales offices through June 2016.

SmarTrip is faster, safer and more convenient than using a paper farecard in several ways:

Customers receiving a new SmarTrip card at an upgraded vending machine will be charged $2 for the card – the same amount paid in surcharges by riders taking a roundtrip with a paper farecard.

For more information about trading in a paper farecard, visit this link.