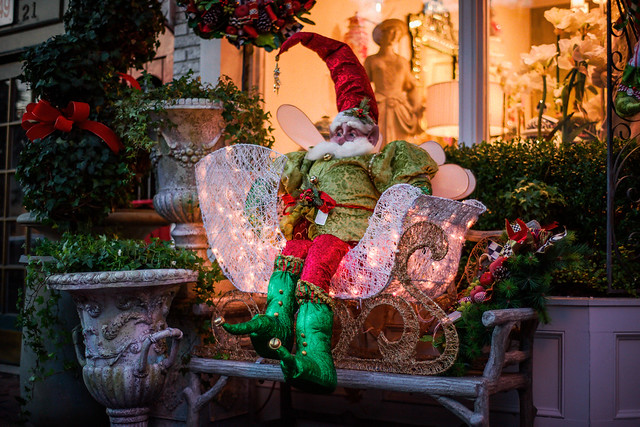 For our Morning Links, we scanned the local papers, blogs, and news websites for a roundup of news and opinion from Alexandria, Virginia and around the area.

St Stephens and St Agnes kickoff boys basketball season Not every team has its first basket of its first game of the new season celebrated by its fans throwing toilet rolls onto the court and storming on after them, but that is the reality for the St. Stephen’s and St. Agnes boys basketball team, which kicked off the 2015-16 campaign by hosting its annual Sleepy Thompson tournament. (Alexandria Times)

Holiday Magic in Old Town There is something magical about spending the holidays in Old Town Alexandria. Although I will be spending this Christmas in Cape Cod – where I expect it to be much like the white Christmases I remember growing up in upstate New York – I will be missing the Alexandria traditions that I cherish. (Alexandria Stylebook)

Mill at 515 Brings Life to Former Industrial Building in Old Town North Over the centuries, the building at 515 N. Washington St. served as the headquarters for The Mount Vernon Cotton Factory, was used as a Civil War prison, a bottling house for the Robert Portner Brewing Co. before Prohibition, a storage facility, a spark plug factory, and held apartments and office space for the International Association of Chiefs of Police. (Alexandria Times)

Staying on track with fitness during the Holidays Though the holidays are a time to have fun and “cheat” a little on your diet, I don’t want all of that hard work to go down the drain. BARRETECH and I have come up with a few tips to keep you motivated these next few weeks while also allowing yourself to enjoy your mother’s famous pecan pie! (Alexandria Lifestyle)