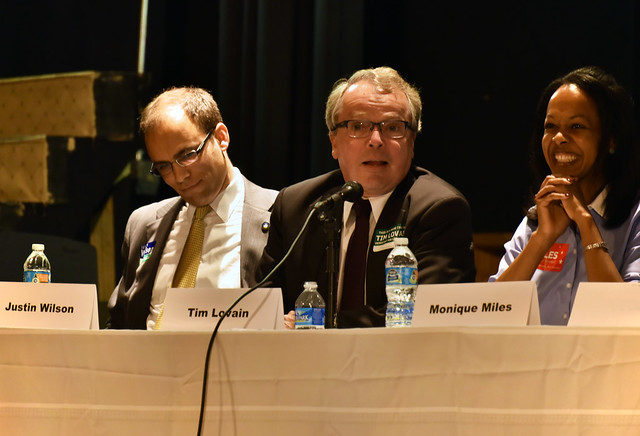 During its December meeting, the National Capital Region Transportation Planning Board (TPB) voted unanimously to elect its 2016 officers, including Alexandria City Councilman Tim Lovain, who will serve as TPB Chairman.

Lovain served as a TPB Vice Chairman for two years. He also led the TPB’s Human Service Transportation Task Force, which has helped administer grants providing millions of dollars for transportation improvements for people with disabilities and older adults. Rockville Mayor Bridget Donnell Newton and DC Councilmember Charles Allen will serve as Vice Chairmen of the board.

The TPB is the federally-designated metropolitan planning organization for the region, and it is housed and staffed by Metropolitan Washington Council of Governments (COG). The TPB serves as the regional forum for transportation planning and prepares plans and programs that the federal government must approve in order for federal-aid transportation funds to flow to the region.