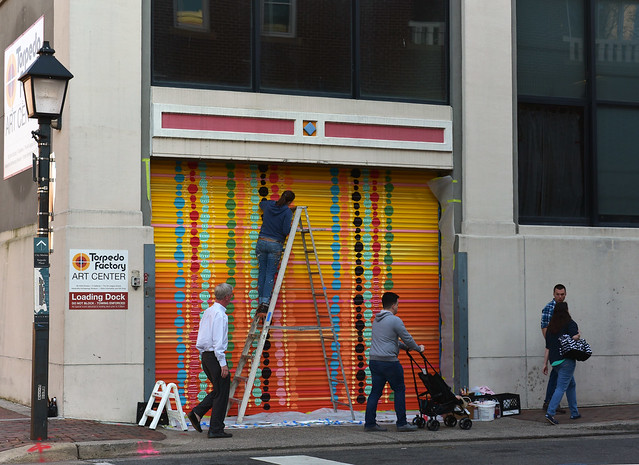 City Manager Mark B. Jinks announced yesterday that he has taken action for the City of Alexandria to oversee operation of the Torpedo Factory Art Center (TFAC) on an interim basis beginning July 1, while discussions continue among stakeholders about future governance of the facility.

“The Torpedo Factory Art Center – and the artists themselves – are integral to Alexandria’s unique cultural and tourism experience,” said Jinks.  “The City’s actions today begin to build a bridge to the future for this important facility.  Our goal is to provide certainty and stability by preserving the Art Center’s core character until a new organizational structure is determined.”

In July 2015, the Board retained a professional arts consultant to develop a long-term business plan.  In January 2016, the Board endorsed the consultant’s recommendation that changes in the facility’s organizational structure, including a new governing entity, are needed to ensure TFAC’s vibrancy and sustainability.  These recommendations were also supported by the Alexandria Commission for the Arts. Discussions between the Board, the Artists’ Association, and The Art League are ongoing.

The City’s lease to the Board, and all associated subleases, are set to expire this year.  To allow additional opportunity for dialogue among stakeholders without several layers of leases, the City will provide new direct leases to the individual artists and galleries, The Art League, and the café, before October 1, 2016.  The City’s intention is that the new leases will preserve the existing amenities and responsibilities the artists have as part of their current leases.  City officials met with stakeholder representatives and delivered letters to artists today to notify them of these interim changes.  The Board employees who currently serve in administrative and facilities management roles will temporarily become City employees to provide for continuity of operations.