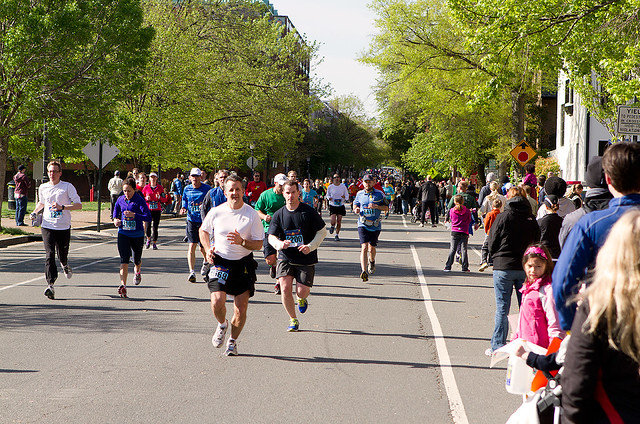 The Washington, D.C. metropolitan area, closely followed by Minneapolis-St. Paul and Denver, are the three fittest of the 50 largest metropolitan areas in the U.S., according to the ninth annual American Fitness Index (AFI) released today by the American College of Sports Medicine (ACSM) and the Anthem Foundation, the philanthropic arm of Anthem, Inc.

The nation’s capital leads the pack for the third straight year, Minneapolis-St. Paul came in second, and Denver moved up from sixth to third in 2016. The three top metro areas showed increased walking by residents using public transportation; more parkland for exercise; and lower cardiovascular and diabetes issues. The Washington, D.C., region’s lower rate of smoking tipped the scales in its favor. Midwestern metro areas Indianapolis, Oklahoma City and Louisville rank last in the index.

Nationally, there were some remarkable positive shifts in a few measures comparing values between the 2016 and 2015 reports:

Conversely, the 2016 AFI found that scores slipped for 19 MSAs from 2015 to 2016. MSAs experiencing the largest drop in scores included Las Vegas, Los Angeles, Orlando, Sacramento and San Diego. The report also found a 7.7 percent increase in the percentage of the MSA population reporting a diagnosis of angina and a 7.0 percent increase in the percentage reporting a diagnosis of diabetes.

To aid cities of all sizes and metro areas in enhancing healthy lifestyles and promoting physical activity, ACSM and Anthem Foundation developed and released in late 2015 an AFI Community Action Guide offering an overview of the critical decisions and factors related to effective community action.

“The AFI has continually proven its value as a trusted measurement of the health of our metro areas, and it has also become a catalyst for urban and suburban leaders to shape infrastructures that promote healthy lifestyles and create positive outcomes,” said chair of the AFI Advisory Board Walter R. Thompson, Ph.D., FASCM. “Our overarching goal is to offer communities and residents resources that can help them assess, plan and implement measures for a quality, healthier life.”

According to Anthem Chief Clinical Officer Craig Samitt, MD, promoting a healthy lifestyle begins with each individual. Samitt encourages all Americans to exercise for at least 30 minutes and participate in 10 minutes of stretching and light muscle training five days a week. “Modeling healthy behavior by incorporating activity into the weekday schedule and practicing good nutrition can improve fitness,” said Samitt. “We’re proud to continue our partnership with ACSM on an initiative that is providing actionable data for communities to create a culture of healthy lifestyles.”

At the community level, the AFI data report has been used as an assessment and evaluation tool to educate community leaders on the importance of key indicators of physical activity. Leaders can then focus on policy, systems and environmental change (PSE) strategies that are evidence-based and create sustainability for the community.