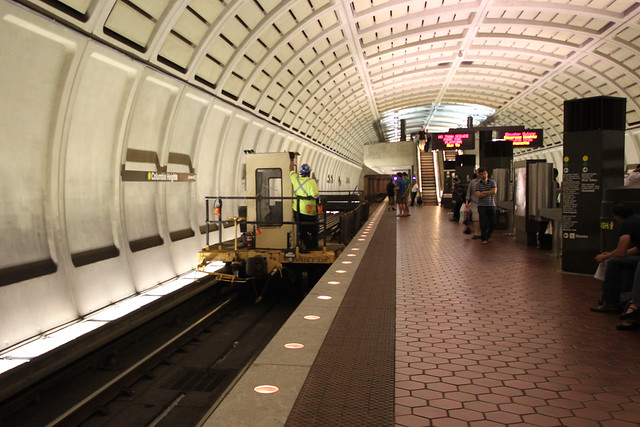 Wiedefeld accelerated the removal of porcelain insulators from underground stations following an arcing insulator incident at Federal Center SW that resulted in a temporary suspension of Metrorail service between Eastern Market and L’Enfant Plaza stations in May.

The specially-designed fiberglass rail insulators support the third rail, which provides 750 volts of electric traction power to Metro railcars. Third-rail insulators are installed at intervals of approximately 10 feet along the more than 230 miles of Metrorail track.

Tags:MetroMetrorailNorthern VirginiaWashington DCWMATA
Share on FacebookShare on TwitterShare on PinterestShare on LinkedIn Share on TumblrShare on Email

Nationals Agree to Terms With RH Pitcher Will Harris