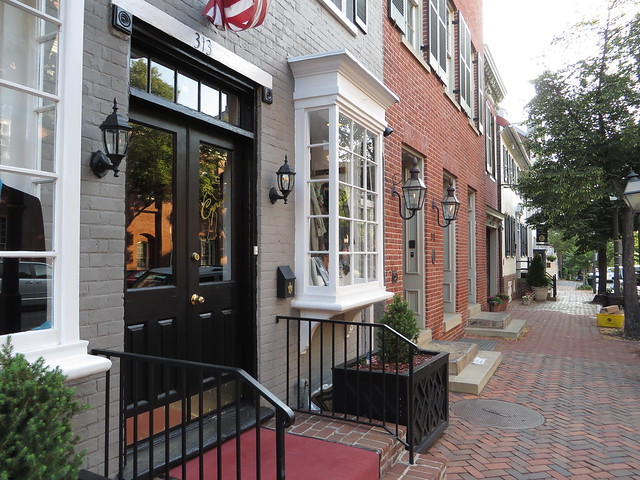 For our Morning Links, we scanned the local papers, blogs, and news websites for a roundup of news and opinion from Alexandria, Virginia and around the area. Here are five (5) news items that caught our eye.

Mild this Tuesday, when does the cold weather return? It turns colder again by Thursday and some wintry weather is possible Superbowl Sunday. (CWG)

‘Ollie’ the Bobcat is on the loose in the DMV A 25-pound bobcat escaped from the National Zoo on Monday and may have fled into Rock Creek Park, where it could be difficult to recapture, officials said. (WaPo)

Return of the Mackie’s in Old Town Alexandria Local restaurateur Sang Lee is a focused, obsessive and above all else competitive man. And nowhere is that clearer than his Old Town eatery, Mackie’s Bar and Grill, where he specializes in hearty steaks and no frills under any circumstances. (Alexandria Times)

Alexandria’s New Police Chief Sworn in Chief Michael Brown came into Alexandria with a storm. Specifically, it was a few days before Snowmageddon in 2010 when Brown moved to the city to take a law enforcement position in D.C. Having previously moved 19 times through his career, Brown says his family considers Alexandria home. (Alexandria Gazette)

Virginia bill to fine ‘slow’ drivers in left lane Coming up on a driver going slowly in the left lane can be infuriating and the surprise can lead to safety issues if faster-moving drivers swerve around or act on their road rage, so a Virginia bill would add a fine for drivers who block the “fast lane.” (WTOP)

Tags:Alexandria Virginialocal newsmorning linksNorthern VirginiaWashington DC
Share on FacebookShare on TwitterShare on PinterestShare on LinkedIn Share on TumblrShare on Email