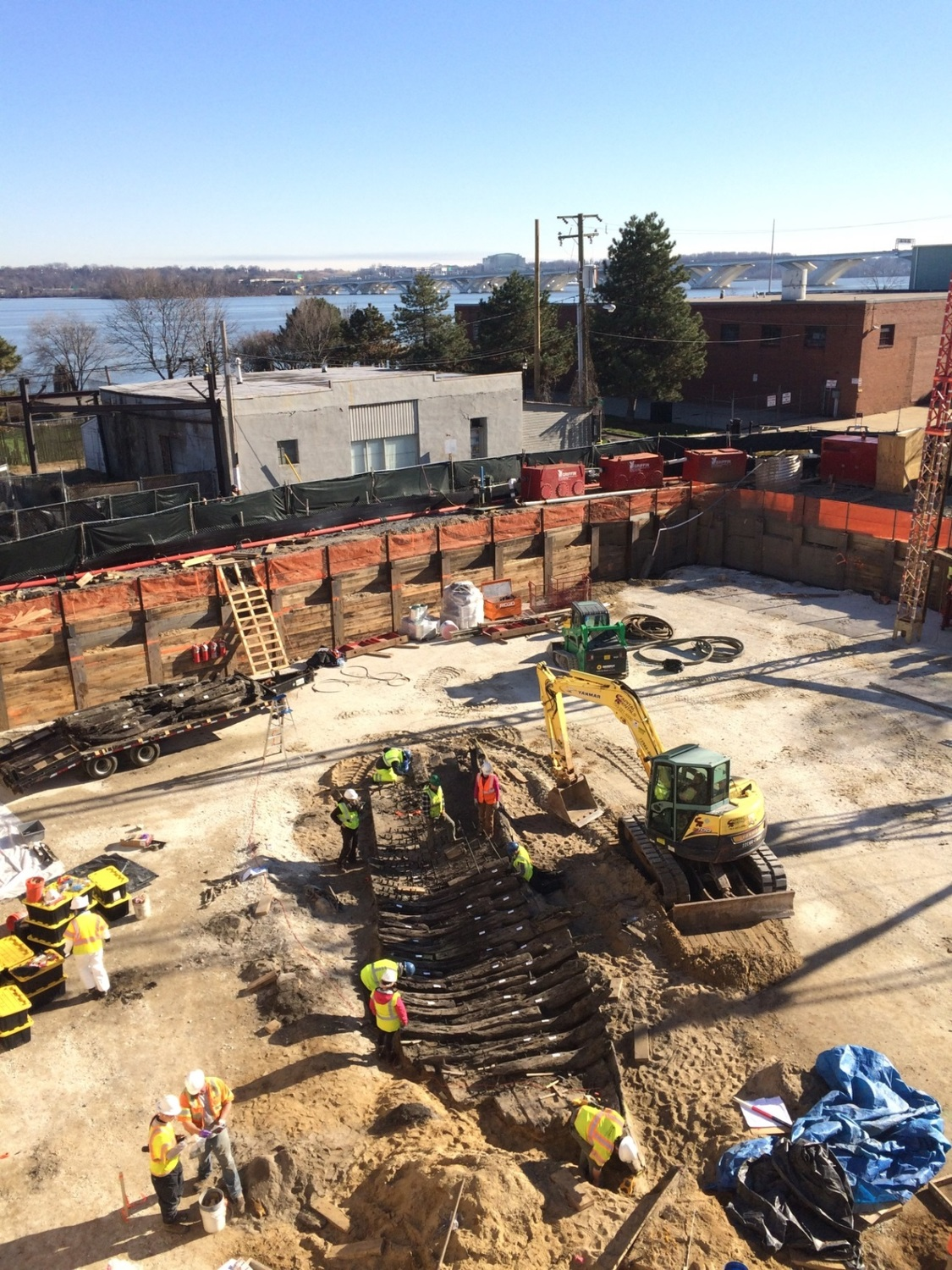 The City of Alexandria, Virginia encourages the public to vote for its 18th century ship to receive a conservation grant of up to $5,000. Online voting is open at alexandriava.gov/Archaeology, and each person can cast one vote per day through January 24.

The ship, which was excavated at the site of the new Hotel Indigo in Old Town Alexandria, is a finalist in the Top 10 Endangered Artifacts Competition held by the Virginia Association of Museums. A highly regarded and diverse group of artifacts is competing for several conservation grants based on online voting, including items from across the state and spanning Virginia’s extensive history from the 1700s to the 20th century.  The Alexandria ship is the only archaeological artifact in the Top 10 and is the oldest and largest on this year’s list.

“This artifact is our most compelling piece of Alexandria’s rich maritime history,” said Acting City Archaeologist Eleanor Breen.  “Its conservation is vital for telling the story of this place.”

The archaeological remains of the vessel’s hull are a rare example of a documented and excavated 18th-century merchant ship. The artifact lay in a damp environment for more than 200 years and requires constant monitoring and care to prevent irreparable damage from desiccation, shrinking, and warping. The ship is currently undergoing a multiyear documentation and conservation process at Texas A&M’s Conservation and Research Laboratory, before it returns home for display.

The competition was made possible with generous support from the Blandford-Rees Foundation, and showcases the role artifacts play in telling the stories of Virginia’s diverse history, heritage and culture. Conservation is critical for preserving the state’s historical and cultural treasures for the future, and the process is often time-consuming and expensive.

To “Save Our Ship,” cast your vote online through January 24, at alexandriava.gov/Archaeology.