Alexandria City Public Schools inducted six outstanding athletes into the Athletic Hall of Fame Friday night in Alexandria, Virginia, including a pioneer in women’s athletics who attended a segregated school and went on to become an ACPS principal of two integrated schools, a 37-year record holder in the two-mile run and an oarsman who became a decorated veteran and commander of the Navy’s legendary Blue Angels.

This year’s inductees include Michael Horton, a basketball player who scored over 1,600 points during his career on the T.C. Williams team and graduated as the school’s all-time leading scorer. He was honored as a first team all-state selection his senior year, was named to the All-Northern Region Team twice, and was selected to three all-district teams. Horton began his college career at Alleghany Community College, where he was the top-rated point guard in the U.S. He went on to play basketball for the University of Cincinnati, the preseason top-ranked collegiate team in the nation. After college, he returned to Alexandria and pursued a career with ACPS.

Ardelia Hunter was a pioneer in women’s high school athletics and was a star on the Parker-Gray women’s basketball team. After college she returned to Alexandria, where she served the City’s youth for 34 years, beginning as an ACPS elementary school teacher and rising to become an assistant principal and then principal. She earned a master’s degree in elementary education from Virginia State College along the way. While Hunter is honored for her athletic skills at Parker-Gray—a segregated school—she is also esteemed for overcoming barriers and ultimately serving as the principal of two integrated schools. 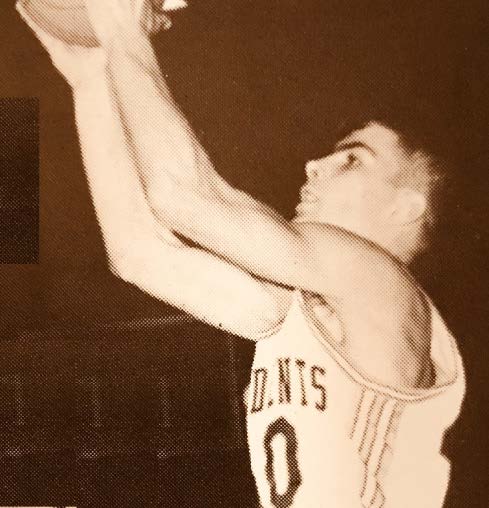 Ron Lambert was an all-around athlete who lettered in four sports in his senior year. Lambert played varsity basketball for three seasons and was named first-team all state his senior year. He was also captain of the football team, where he was an all-district selection as a receiver and defensive end and played basketball, baseball and track. Lambert attended Memphis State University on a football scholarship and also played on the Memphis State basketball team. He then transferred to Rio Grande University, where he was a three-time, all-conference selectee in basketball and was named to the All-America Team in 1974. He was inducted into the Rio Grande University Hall of Fame in 1992. 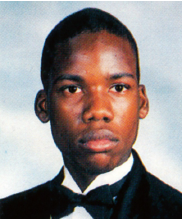 Daymond Jackson was a first team all-met and first team all-state selection in 1995 and graduated as the second leading scorer in T.C. Williams’ basketball history. As a senior he averaged 28.5 points per game and was selected as the Basketball Player of the Year by the Alexandria Sportsman’s Club. Jackson also excelled in track, placing third in the region in 1995 for the high jump. Upon graduating from T.C. Williams, he went on to a stellar four-year collegiate career playing basketball for John Thompson’s Georgetown Hoyas. 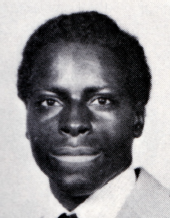 Dwight Stephens was one of a long line of great T.C. Williams’ distance runners. He completely dominated Virginia high school distance running his senior year. In an unprecedented sweep, he won the 1979 Northern Region and Virginia cross-country titles, the 1980 state indoor title at 3200 meters, and the 1980 state outdoor title at 3200 meters. In the Northern Region cross-country championship, he ran the fourth fastest time in the history of the famous Burke Lake course and set a record in the two-mile run at the state outdoor track and field championships that has stood for 37 years. After T.C. Williams, Stephens went on to a successful collegiate career at Pennsylvania State University. 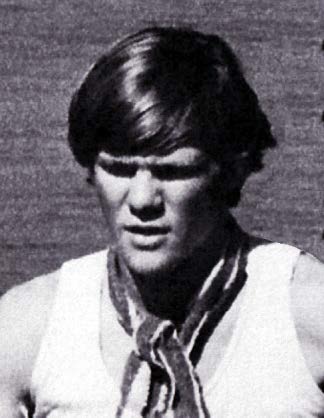 Bob Stumpf was a three-year varsity oarsman and a two-way starter and co-captain of the 1969 Northern Virginia champion football team. During his sophomore and senior years, he was in boats that won the prestigious Stotesbury Cup. As captain of the crew team in his senior year he also won the U.S. National Championship. Bob went on to row at the U.S. Naval Academy, where he earned a gold medal at the Eastern Sprints and a bronze medal at the 1971 National Collegiate Championships. Following graduation, Bob launched a 23-year career as a naval aviator. He flew 22 combat missions during Operation Desert Storm and was awarded the Distinguished Flying Cross for heroism. He later commanded the Navy’s legendary Blue Angels flight demonstration squadron. 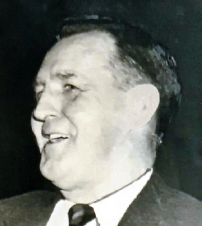 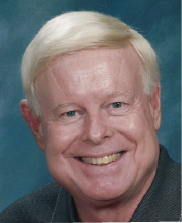 n addition to the six athletes, the Hall of Fame honored two coaches: Albert E. (Ratsy) Doran mentored Alexandria athletes from 1938 until he retired in 1970. He began his career coaching basketball, football, track and baseball and served as George Washington’s first director of athletics. In 1953, he was named supervisor of athletics for ACPS, a position he held until he retired. He was inducted into the Washington Metropolitan Basketball Hall of Fame in 1984 and the Virginia Sports Hall of Fame in 1995. Jimmy Worden, a native Alexandrian who led the T.C. Williams boys varsity team to five district titles and the girls varsity team to a district tournament title. He was a three-time recipient of the Alexandria Sportsman’s Club Coach of the Year award, and was recognized five times by the Washington Post as the District Coach of the Year.

Inductees were selected in a rigorous process by the Hall of Fame Advisory Committee and approved by the School Board on October 26, 2017.

Since it’s inception in 2014, 36 athletes have been inducted into the ACPS Hall of Fame and seven others have been honored, including a star player in the 1971 State Championship football team and team coaches Herman Boone and Bill Yoast, who were memorialized in Remember the Titans. Another student from the all-black Parker-Gray High School who went on to coach football for the Olympics.

For Sale: Alexandria’s 10 Most Expensive Homes

Virginia ABC Liquor Store Next to a School in Alexandria?

What’s with all the Closings in Old Town Alexandria? (Open Thread)